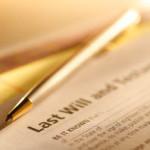 See the below article written by Carmel Rickard on 9 June in her blog for Independent Newspapers. She describes how the Appeal Court recently penalised challengers to a will.

Tetchy, cantankerous Minna Breslawsky can rest in peace at last: five appeal judges have upheld her secret final will and her large estate may now be distributed as she wished.

Breslawsky, born Lom, had five children with her husband Gerald Levin. By the time she died in October 2002 only two of them were still alive – not surprising, because the old lady was 107. She and her former husband, Solomon Max Breslawsky, had made good money, building a successful property investment portfolio from a humble furniture shop in Joburg’s inner city.

She was illiterate and spoke little English, preferring her mother tongue of Yiddish. Breslawsky was a successful businesswoman, personally managing her business and financial affairs even though extremely frail, confined to a wheelchair and, for most of the last period of her life, blind in one eye. By August 2002, she had already signed at least 19 wills and she used these documents to reflect her vacillating feelings towards members of her family.

The court captured her character from the words of the witnesses.

She was, they said, “very difficult, domineering, manipulative, tight-fisted and mistrustful, especially of her family whom she believed were interested only in her money”. She even suspected her daughter Frieda, who attended to her daily needs and acted as her personal assistant, of trying to poison her. The old lady tried to control her family with her wealth, causing conflict.

“She frequently changed her will on a whim as she would increase or decrease bequests and even exclude beneficiaries altogether depending on who pleased or displeased her at the time.

“She similarly changed her executors and accountants regularly.”

All these wills were prepared by Standard Bank, her banker for 75 years and executor of her estate.

Bank officials made sure to stay in her good books, phoning her every day to check on her health, paying social visits and giving her presents. There were good reasons to work so hard: if she changed the beneficiaries of her estate with such ease, might she not also change her executor?

Her death at such an advanced age could hardly have been a shock, but there was a shock all the same when another will, of which the family and the bank had been unaware, was produced.

It had been prepared by Norman Miller, an attorney, who told the court he had been introduced to the old lady some years before her death. He is fluent in Hebrew and understood Yiddish, Breslawsky’s preferred language. She called him her “cucumber man” because he made her the pickled cucumbers she liked so much, and when he visited over weekends she would tell him stories of her past.

Three months before her death, she asked to see him and said she was concerned about the feuding between her children and grandchildren. She asked him to draw up a will for her that would restore peace among her family.

That may have been her intention, but the effect was quite different. Two of her grandchildren, who had had substantial bequests in what had been thought to be her last will, challenged the validity of the new testament in which they would have had a much reduced share.

An all-out legal battle followed over whether the signature on the will was really hers and whether it was properly witnessed. Handwriting experts, domestic workers, doctors and family testified but in the end, the court could find “no flaw” in the story of the cucumber man and his two witnesses and concluded that their evidence must be accepted.

One of the ironies of the situation as observed by the court was that this much-contested will was the most equitable she had signed. As such, it backed the tale that she wanted “peace among her offspring in her final days”. The two grandchildren who challenged the will received stinging rebukes by the judges.

They knew their grandmother was mentally sound despite her age but “disingenuously” tried to cast doubt on her ability to make independent decisions. For this they did not escape unscathed and their share of the estate will be further depleted: the court ruled that they, rather than the estate, must pay the costs of the legal action.