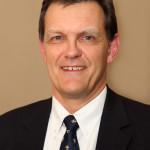 Please see the below commentary by Louis van Vuren following the National Budget on 25 February 2015.

In a budget with few surprises the Minister of Finance announced several tax increases and measures to prevent tax leakage.

From an estate planning perspective, the tax rate for trusts is increased from 40% to 41%, while the corporate tax rate of 28% remains unchanged.

A popular scheme to avoid estate duty will be stopped.  This scheme made use of a change in the Estate Duty Act[1] in 2008 which had the effect that lump sums from retirement funds were no longer subject to estate duty.  As a result some individuals transferred large capital sums into retirement annuity funds as part of their estate planning.  This had the effect that most of the proceeds of the retirement annuity after the death of the member would pass from the deceased to the beneficiaries without any tax being paid.  In a partial reversal of the 2008 amendment, the Minister announced that any such contribution, that was not tax deductible in the year it was made and would therefore be available as an income tax free lump sum upon the death of the member, will in future be included in the estate of the deceased member for estate duty purposes and potentially attract estate duty of 20%.

The usual and expected increase in sin taxes was quite mild, with the increases in line with the long term average inflation rate or within a few percentage points of that.

A taxpayer with a taxable income of R400,000 in 2014/15 who receives a 6% salary increase in 2015 (or R2,000 per month), will pay R701.45 per month more income tax, thereby more than negating the adjustment in the tax brackets to compensate for inflation.  If a taxpayer had a taxable income of R1m in 2014/15 and also received an increase of 6% (R5,000 per month) the increase in income tax will be R2,429 per month.  This does not take the welcome increase in medical tax credits into consideration, which increase should be almost tax neutral as it is just under an inflation adjustment.

Medical tax credits will be available now also for provisional tax payers, where it has been limited to employees previously.

The impact of the tax increases on disposable income is likely to place a damper on consumer spending and economic growth.

Activities of FISA members include, but are not restricted to, the drafting of wills, administration of trusts and estates, beneficiary funds, tax and financial advice and the management of client funds.

FISA members collectively manage in excess of R280 billion. They draft several thousand wills each year and administer around 50 percent of deceased estates reported to the Master’s Office.

FISA helps to smooth processes  for members and the public, particularly through its good working relationship with the Master’s Office and SARS.