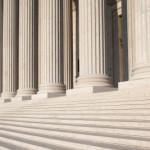 In an urgent application, the applicant sought an order to bury his deceased nephew on a burial site on farm. The respondents were trustees of a trust which owned the farm. They contended that although the deceased resided on the farm for at least 10 years, he had left the farm at the time of his death, and resided elsewhere.

Held that the deceased was an occupier aged 69 years old who had been residing on the farm for at least 10 years and was no longer employed due to him being on pension. His right of residence was determined by section 6(2)(a) of the Extension of Security of Tenure Act 62 of 1997.

The question of residence is a factual determination made having regard to the particular facts before the court and having regard to the intention of the legislature. It is not required that a person be physically present at the residence each day. The respondent’s evidence that the deceased was not on the farm when they visited the farm on alternate weekends did not detract from the deceased’s rights as an occupier nor did it lead to the conclusion that the deceased was not residing on the farm.

Concluding that the deceased had been resident on the farm, the court granted the applicant the right to bury him on the farm.

[3]  It appears that prior to his death, the deceased spent time away from the farm visiting an aunt. According to the applicant the deceased would return to the farm for a day and would then go off to visit a relative or friend again. The applicant and other occupiers on the farm were not informed by the deceased about where he would travel to or who he would visit. They were thus not in a position to indicate where the deceased was when an enquiry was made by the respondents. The deceased could, however, be traced with time and would return to the farm if he was called back or required for work or an errand, as occurred when the third respondent required him to prune the roses. According to the applicant, the deceased was away from the farm, visiting a relative when he died.

[5]  The deceased was thus an occupier aged 69 years old who had been residing on the farm for at least 10 years and was no longer employed due to him being on pension. His right of residence is determined as per section 6(2)(a) of ESTA which provides as follows:

Section 6 Rights and duties of occupier

Subject to the provisions of this Act, an occupier shall have the right to reside on and use the land on which he or she resided and which he or she used on or after 4 February 1997, and to have access to such services as had been agreed upon with the owner or person in charge, whether expressly or tacitly.

Without prejudice to the generality of the provisions of section 5 and subsection (1), and balanced with the rights of the owner or person in charge, an occupier shall have the right–

to security of tenure;

to family life in accordance with the culture of that family: Provided that this right shall not apply in respect of single sex accommodation provided that hostels are erected before 4 February 1997.

to bury a deceased member of his or her family who, at the time of that person’s death, was residing on the land on which the occupier is residing, in accordance with their religion or cultural belief, if an established practice in respect of the land exists;

The family members of an occupier contemplated in section 8(4) of this Act shall on his or her death have a right to bury that occupier on the land on which he or she was residing at the time of his or her death, in accordance with their religion or cultural belief, subject to any reasonable conditions which are not more onerous than those prescribed and that may be imposed by the owner or person in charge. (My emphasis)

[6]  This right of residence is further secured in that the deceased is a person described in section 8(4) of ESTA which provides that:

Termination of right of residence

has reached the age of 60 years; or

may not be terminated unless that occupier has committed a breach contemplated in section 10(1)(a), (b) or (c): Provided that for the purposes of this subsection, the mere refusal or failure to provide labour shall not constitute such a breach.

[7]  The occupier’s right of residence can only be terminated if a breach is committed as contemplated in section 10(1)(a), (b) or (c). ESTA does not define the word residence. Thus the intention of the legislature is instructive in its determination in the present case.

[8]  In the unreported case of John Ernest Robertson v Nicolaas Boss LCC 6R/1998 Gildenhuys J notes as follows at paragraph 5 of the judgement:

“The word ‘residence’ has not acquired any technical meaning and is used in law with many shades of meaning ranging from mere physical presence to domicile. . . All the above cases show that ‘residence’ is a word which varies in meaning according to the circumstances under which it is used. In most cases it will be a question of degree.”

“It has repeatedly been emphasized that it is impossible to lay down a definition of the concept of residence. There are a number of factors which must be taken into account, each of which may go some way towards proving that residence has been established. In a particular case, the absence of one or more of these factors may be more than compensated by the presence of others. Some factors are more important than others. The duration of the stay, the acquisition of property and the procurement of employment are each obviously more significant than, for instance, the frequency of visits, the number of friends or acquaintances resident within the area, or the amount of money spent on each visit,. . .. ”

The rights of occupiers as specified in section 6 of ESTA elaborates on the above intention and reflects the desire of the legislature to provide for security of tenure and conditions under which residence may be terminated.

That the applicant is permitted to bury the deceased at the Majola family burial site on the farm Boschkloof, Dargle, KwaZulu-Natal.

No order as to costs.