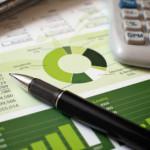 The Fiduciary Institute of South Africa (FISA) says there is room for improvement of the estate administration process in South Africa, and calls on the authorities to resume discussions on the implementation of a probate system similar to that in other jurisdictions such as Australia and the United Kingdom.

John Gibson, FISA Chairman, says that such discussions were progressing well until September 2007, when the then Chief Master in the Department of Justice and Constitutional Development resigned, and to date no fulltime appointment has been confirmed to the position. At present, the role of Chief Master is being dealt with by an Acting Chief Master.

“It is no secret that there have been notable delays in the winding up of estates in the Master’s Office and FISA, as the fiduciary industry spokesperson, has been advising and helping to streamline existing processes.

“We have a good relationship with the current Acting Chief Master, and through our efforts some changes have been made and pressure brought to bear on non-performing regional offices”, says Gibson.

A probate system in this country would go some way to reducing the workloads currently being experienced in the offices of the Master of the High Court, and would allow for the review of estates only where problems may have arisen, or objections lodged by the beneficiaries of an affected estate.

In the meantime, says Gibson, the industry is doing its best. FISA was established in June 2008, evolving from the Association of Trust Companies, precisely because there was a perceived need to coordinate fiduciary industry players and raise standards to a consistently high level. In this way, the public can know that by dealing with a FISA -accredited practitioner, they will be protected from malpractices.

The organisation currently has 23 corporate members and 562 individual members registered on its database. It has a code of conduct and can discipline its own members. Although it is not an official ombud for the industry, it welcomes and can attend to complaints from the public relating to any fiduciary matter. In instances where non-FISA members are involved, FISA will guide the complainant by directing them to the appropriate Master’s office.

Gibson explains that if a FISA member is the subject of a complaint, the disciplinary mechanism can and will act against it. The mechanism has been established to ensure total impartiality in the process – if a complaint is lodged against a member company, and should the company be represented on the disciplinary committee, which itself is a formally constituted body within FISA, that member will immediately be removed from the committee hearing the complaint.

Commenting on the appointment of executors and executors’ fees, Gibson says that there are various misconceptions in the public domain, and FISA aims to remedy this through ongoing consumer education on its website, and in the media.

Firstly, the public is ignorant of the important and complex role an executor plays. An individual can certainly, in their last will and testament, appoint a friend or family member as executor, who in turn may approach a professional executor to act as an agent for the executor. However, given the trauma families go through upon the death of a loved one, it is often preferable to appoint a professional executor whose actions are governed by the Administration of Deceased Estates Act. In terms of this Act, the person appointed to fulfill the role of executor needs to comply with certain requirements.

Second, the public needs to familiarise itself with executor fees and if necessary negotiate these with the executor, much as it can do with an estate agent. The recommended tariff paid to executors is set out in the Administration of Deceased Estates Act and currently stands at 3.5 percent plus VAT on assets, and 6 percent plus VAT on any income collected in the estate.

Gibson says these fees can be discussed with your proposed executor and should be set out in your will. Apart from this statutory recommended fee, there are no fixed tariffs within the industry.  Some companies may draft a will for free in the expectation of an executor’s fee when the testator / testatrix dies.