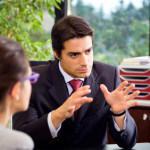 Over the past number of years, the fiduciary industry in South Africa has undergone serious change. Legislation has been passed to regulate the financial services industry, such as FICA and FAIS. What ten years ago seemed to be a straightforward industry in which to practise has now become highly specialised, with experts required in specific fiduciary areas to give clients what they have a right to expect, which is sound advice based on best practice.

One of the financial planning tools used over the years has been the intervivos trust, a trust created during the lifetime of the founder. In the initial stages of using such trusts, it was common practice to appoint the founder and his or her spouse as the trustees of the trust. However, over time, cases have been brought before the courts dealing specifically with the issue of trustees in trust (Landbank v Parker), which has resulted in the Master of the High Court, the custodian of all trust matters in the Republic of South Africa, determining that where trusts have only husband and wife as trustee, a further appointment of a third, independent trustee is called for. This independent trustee could be an attorney, accountant, auditor, or a professional trustee such as a corporate member of the Fiduciary Institute of South Africa (FISA).

If you are appointed as a trustee, you need to be fully conversant with the role, duties and obligations of the position. Following below is an overview of the role and duties of a trustee, together with some court cases involving trusts and trustees.

The duties of a trustee include the following

A trustee may not

With due regard to the points raised above, it is interesting to note that the courts have, in many instances, been asked to rule on matters involving trusts, the assets within the trust and, finally, the actions or perceived actions of the trustees.

Some of the court cases involving the above are referred to below and each case makes for interesting reading in itself.

When is a trustee authorized to act?

A trust was prepared to facilitate a specific transaction.

Documentation was signed in haste before the trust was registered.

The Court cannot validate acts which are expressly prohibited by statute: to do so would be to arrogate to the Court the power to override valid legislative Acts. The Court accordingly does not have the power to validate a contract concluded by a trustee in conflict with s 6(1) of the Act.

It follows that a trustee may only act once he or she is in possession of Letters of Authority.

The need to keep accurate records and act in good faith

A trust was created in 1949 with Mrs D as the income beneficiary.

Her son was to become the capital beneficiary on her death.

Mrs D died in 1994 whereupon the son demanded a full and complete accounting from the date that BoE was appointed as trustee, which was in 1951.

BoE argued that it was only the income beneficiary, Mrs D, who had been entitled to this accounting, the son only becoming entitled to the accounting as at the date of Mrs D’s death.

The Court disagreed and found that the son was entitled to have knowledge every step of the way as to how the trust capital had been invested and re-invested.

The trustee was required in good faith to account fully to the capital beneficiary, with supporting vouchers, for all transactions of the trust, going back to 1951.

It follows that accurate accounting records, minutes of meetings and resolutions of decisions are vital.

It follows further that a trustee must be fully transparent at all times.