Written by
Lucy
Posted in
News
Comments
Leave a comment 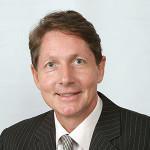 South Africa’s hosting of the FIFA World Cup this year was a highlight not only for the country but for many people at a personal level. I was no exception.

Almost every culture has a reference to the history of soccer.  The origin of football / soccer can be found in every corner of geography and history.  The Chinese, Japanese, Italian, ancient Greek, Persian, Nordic and many other countries played a ball game long before our era.  In fact the Chinese played “football” games as far back as 3000 years ago.

The modern-day game started in 1863 when two football associations (football and rugby) split into different directions. This was in England and that that is why the first football association was founded in England.  In October 1863, eleven London clubs sent their representatives to the Freemason’s Tavern. These representatives were intent on changing a muddled state of affairs by establishing a set of fundamental rules acceptable to all parties, to govern the matches played amongst them.  Today FIFA has 204 members in every part of the world.

The history of FISA is not too different from that of FIFA, in the sense that it was only 78 years ago that some ground rules were laid for the fiduciary industry. It may interest you, especially if you have recently joined FISA, to know that the Association of Trust Companies (ATC) was constituted in 1932. Up until then, from the early years of the nineteenth century, all trustee work had been undertaken by individuals; what we today know as a corporate trustee did not exist, that is a company or a corporate body which performs the functions of advising clients on personal financial matters and accepting trust appointments.

In the 1930s certain individuals based in Cape Town, having regard for the increasing complexities of the industry, even in those days, realised the need for such a corporate trustee concern. This type of institution would be able to give advice, through its various experts, on such specialised matters as financial investment, property transactions and the arrangement of client affairs for the benefit of successors.  The group of individuals accordingly proceeded to establish the first South African trust company in the year 1934. This was long before the advent of limited liability companies, and the formation of this institution required a special Act of Parliament.

Many of the older trust companies all required special legislation for their establishment and still operate under those statutes. By 1957 there were 50 trust companies throughout the country. The Association itself was formed in 1932, but the history of most of its members goes back much further. The ATC operated successfully until late 2008.When the Fiduciary Institute of South Africa was born out of it with a wider mandate to encompass not only trust practitioners but anyone actively practising in the fiduciary industry. The progress has been very pleasing and currently we have 583 individual members and 23 corporate members.

Highlights of the past year include having a disciplinary committee in place for all members.  FISA’s code of ethics and disciplinary regulations will assist us to be a self- regulatory body into the future, something that is vital if we are to maintain uniformly high standards.

Local FISA meetings created the platform to invite experts on various topics – deceased estates, trusts, estate planning, tax and foreign exchange – where members could engage and get ahead of their game. There was also ongoing interaction with key stakeholders such as the Master’s Office, SARS and the Law Reform Commission.

We are currently investigating an educational model and curriculum for all FISA members.  This will ensure that the knowledge base be maintained at a high level of expertise.

I would like to wish each and every member a peaceful festive season.  I further would like to thank the Executive Committee for their hard work, passion and commitment shown during the past year.

“What we have to sell is service and through service peace of mind.  The world today is full of hurry and almost devoid of peace.  Frankly much of our hurrying is in search of peace which is elusive, perhaps because we hurry too much and pass it by.  Be that as it may, anyone who has peace of mind to sell has priceless stock in trade.  And we have just that.”