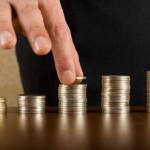 On 8 November, the Financial Surveillance Department  issued Circulars 38 to 41 which confirmed and clarified the proposed changes announced in the Medium Term Budget.

Effective 8 November 2010, the following will apply: