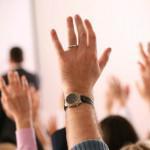 The second round of relief for those deliberately falling outside the South African tax and or Exchange Control net is now in full swing and started on 1 November 2010 and will close on the 31st of October next year.

Likewise, the 2010 Second Taxation Laws Amendment Bill (“2TLAB”) was enacted on 5 November 2010 which gives effect to the SARS portion of the VDP. More information is also available on the SARS website – www.sars.gov.za.

One major distinguishing factor from the 2003/4 Amnesty, is the fact that SARB and SARS have now issued their respective legislation separately.

The following table compares the proposed VDP to the 2003/4 Amnesty and attempts to highlight the apparent main differences: