Written by
Lucy
Posted in
News, Wills
Tagged
living will, will
Comments
Leave a comment 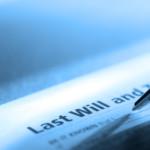 This week the Mail & Guardian online Smartmoney newsletter carries a “Jargon buster” item  by a FISA member.  Read the piece below by FIONA ZERBST, on the living will.

A recent case of euthanasia involving a South African brought the issue of a living will to mind.

Johan Strydom, a member of the Fiduciary Institute of South Africa (Fisa) and a sales manager at FNB Trust Services, explained the concept of a living will to me. He said it is essentially a mandate addressed to your family members and doctor regarding prolonging treatment and life support in the event that you are unable to communicate due to severe illness or injury. A living will typically states that you should not be kept alive by artificial means should your physical or mental condition deteriorate to such an extent that there is no reasonable prospect of recovery, or that you will be incapable of a rational existence. Remember, though, that a living will cannot currently contain instruction regarding euthanasia, as euthanasia is considered a crime in South Africa.

The living will is not your last will and testament but, like the latter, it needs to be signed in front of two witnesses and dated. It can be drafted by you, as the testator, as it is merely a letter of wishes, but it can also be drafted by a fiduciary practitioner. It is recommended that the document is held by a family member or doctor as they will be involved with the decision-making, rather than with your nominated executor, who becomes involved only once you have passed away.

Everyone has a strong opinion regarding the sensitive issue of being sustained artificially on life support during terminal illness or severe injury where there is no reasonable chance of recovery, but very few people actually make their wishes known or give clear guidelines to their family members on what to do in a situation like this. It is an absolutely terrible thought, but the possibility exists that you one day might have to make a decision on behalf of a loved one regarding the use of life support.