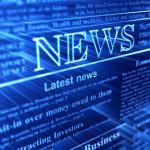 At a special general meeting on 2 December 2012, FISA members unanimously voted in favour of a new constitution. Click on the PDF link below to download the new Constitution.

Press release by the Fiduciary Institute of SA (FISA)

The Fiduciary Institute of South Africa (FISA) has adopted a new constitution which means that FISA will now be driven by individual members as opposed to corporate members.

Speaking at a special general meeting in Johannesburg on 2 December, FISA Chairman John Gibson said the resolution on a new constitution was passed unanimously with no abstentions.

“This is an important step forward”, said Gibson, “as it reflects FISA’s rapid growth. Whereas the 21 corporate members were needed to drive the initial growth of the institute, we have now democratised the structure so that all 600 members’ voting rights are equal.”

Commenting on the development of regional structures, Mr Gibson said that this was an important part of FISA’s vision of uplifting fiduciary standards across the entire country.

At present FISA does not have permanent office nor full-time employees but this could change in due course, said Mr Gibson. At that stage it might be possible to elect a CEO and support staff.