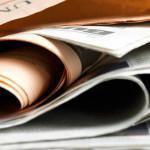 Confusion surrounding the use of revenue stamps for payment of registration of trust deeds and requests for certified copies of documents already lodged with the Master’s Office will lead to delays and inconvenience for the public from Monday. This is the view of the Fiduciary Institute of South Africa (FISA), which has repeatedly called for clarity since March 2009, but no solution was provided in today’s Government Gazette as had been hoped for.

The Stamp Duties Act was initially abolished with effect from 31 March 2009, but this date was extended to 31 October 2009, to allow time for government departments using revenue stamps to introduce alternative measures.

The deadline is imminent but the Master’s Office of the High Court and the South African Revenue Service (SARS) have failed to propose how documents such as trust deeds can be lodged, and the registration fee, as stipulated in the regulations to the Trust Property Control Act, can be paid. Without the relevant legal authority to transact, members of the public and fiduciary practitioners, acting as nominees for corporate trustees of trusts awaiting registration, will be prevented from transacting in the name of the trust, thereby causing delays and jeopardising possible transactions involving the trust. This could in turn lead to financial losses being incurred by the trust, based on the delay in issuing the legal documents to effectively administer the trust.

The abolition of stamp duty is likely to have a major impact on the Master’s Office, which is already in administrative chaos.

FISA Secretary Aaron Roup said: “The situation is untenable, almost Kafkaesque. At issue is how to transact with the Master’s Office in order to register a trust deed. The Stamp Duties Act no longer exists and the regulations to the Trust Property Control Act state that the only way to register a trust is to affix revenue stamps of R100 for the deed and R4.50 for a certified copy. Yet from Monday, such stamps may no longer be used and franking machines will be decommissioned by law.

“What needs to have happened was a revocation or amendment of the relevant clauses in the regulations attached to the Trust Property Control Act, which would be by simple proclamation in the Government Gazette. Even if this had been done – which it has not – the solution is inadequate: if an extension were granted for the use of stamps and franking machines, there is no longer stock available; if the clauses were revoked such that only cash transactions may be done at the Master’s Office, who will audit the cash box? Apart from long queues there is the also the inherent risk of fraud being perpetrated in respect of the management of the new payment system.”

FISA called on SARS and the Master’s Office to offer urgent clarity.