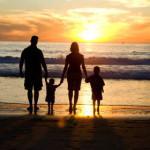 1.   Could you please explain the various circumstances in which an inheritance would end up in the Guardians Fund.

2.  What is the rand value of unclaimed benefits held in the Guardians Fund – is this information presented in an annual report – and if so who should I contact for the latest statistics?

3. What are the steps someone should follow if they suspect an inheritance / bequest intended for them ended up in the Guardian’s fund?

According to the South African Government Information website, www.info.gov.za/faq/wills.htm, the Guardians Fund falls under the administration of the Master of the High Court. It goes on to state that it is a Fund created to hold and administer funds that are paid to the Master of the High Court on behalf of various persons known or unknown (for example minors, persons incapable of managing their own affairs, unborn heirs, missing or absent persons or persons having an interest in the monies of a usufructuary , fiduciary or fidei-commissiary nature).

In practice, the most common form of inheritances ending up in the Guardians Fund, are as follows:

·         Inheritances due to the minor heirs to an estate. This frequently happens when the Will does not stipulate the funds are to be retained in Trust for the benefit of the minor, or where there is no Will and a minor inherits under the Intestate Succession Act, 81 of 1987.

·         Inheritances due to major heirs who cannot be traced. Whilst Executors should do all they can to trace the heirs, and at times even appoint tracing agents, there are times when an heir, whose contact details are not known to the family simply can’t be found.
The total rand value of unclaimed funds in the Guardians Fund is not published and would include those matters where an heir has been determined and identified but has not yet achieved the age on which the benefits are payable, as well as those funds received and held for unidentified minor and major heirs. Guardians of minor heirs with funds in the Guardians Fund can of course make application to the Guardians Fund, during the heir’s minority to obtain funds for specific purposes such as education, clothing, medical and other motivated needs.

If a person suspects that there are funds due to them from an inheritance /bequest, the first step would be to contact the Executor and ask if they inherited from the estate. When making payments to the Guardians Fund, Executors are provided with receipts for the payment and such receipt can be handed by the Executor to the person seeking benefits, to take to the relevant Master of The High Court’s Office.

If the Executor confirms that there are funds deposited with the Guardians Fund, then the claimant can claim the funds together with any accrued interest on turning 18 (attaining the age of majority). There are some other instances when a minor may attain majority earlier than 18 such as getting married or being declared a major by the High Court. However, in some instances the Will may state a later date than 18 when the funds become claimable from the Guardians Fund. When applying for the funds, such application needs to be on the stipulated Form J 251 and a certified copy of the applicant’s identity document /passport needs to be attached to the application.
The Master of the High Court also advertises those accounts that have been unclaimed, annually in the Government Gazette. The last Government Gazette carrying such information being Volume 531, dated 30th September 2009 No: 32586. (See example of the actual Gazette attached).

There are numerous businesses purporting to act as tracing agents on these matters. Care should be taken when appointing such agents on the costs associated with tracing funds.
After a lapse of 30 years from the date of the funds becoming claimable, the money becomes forfeited to the State. It is of course preferable for the funds to be claimed as this allows the funds to wash into the economy directly.